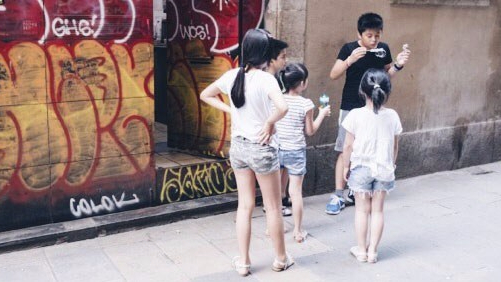 My mum always listens to radio 4 in the afternoons when she’s not in work. I often wander down to the kitchen, light spilling in over the table where my mother is sat working away on her laptop sipping coffee with cream, the tapping of the keyboard and radio 4 voices the only sounds filling the room.

“You know you’re getting old when you start listening to The Archers Mum” I drone on. And I do mean that. The Arches is awful.

But this blog post isn’t about The Archers, or particularly about Radio 4. One afternoon as I walked into the voices in the kitchen, my ears pricked up. A man (I couldn’t tell you his name I was clearly trying hard to drown him out) was speaking about his son – how he wasn’t afraid to be who he was and if that meant painting his nails or wearing a skirt then who cares? But his friends at school cared, they teased and mocked him for simply expressing himself. Obviously the thought of this hurt him, and he spoke to his son about it.

THIS IS WHAT STUCK IN MY MIND.

When asking his son about those children, and saying he shouldn’t feel any less than them, certainly not for being who he is, his son replied, “I know dad, we’re all just humans aren’t we?”

YES. Yes we are. And why did it take a 6 year old boy saying this to remind me. We’re all the same, when it comes down to it.

It’s like the saying: everyone is fighting their own battles, be kind, always.

Next time you feel belittled by someone, brush it off, do not let it affect you – it is more a reflection of their own insecurities than yours. Use it to better yourself.

Next time you feel yourself looking down on someone, take a step back. Why are you any better than them? If you could live a day in their shoes I am 99% sure you would completely change your opinion of them.

I wish everyone was like this 6 year old – confident, care-free and secure in themselves to just be who they are.

(and by the way I highly recommend listening to children, yes most of what they say makes no sense whatsoever, but every now and again they’ll say something so wise you could never have even thought of it yourself)

So just as this wise little 6 year old said, be yourself and treat everyone else with the same respect. Give yourself and other people a break! We all make mistakes, but we’re all trying our best. Because really, we’re all just humans aren’t we?