How can you visit Vietnam and not take a boat trip around Ha Long Bay?

There are various arranged trips to and around Ha Long Bay that vary in price but all do essentially the same route and visit the same things. We organised our trip through the hostel we were staying at in Tam Coc, so we got our bus to Ha Long and then to Hanoi afterwards, included.

There is no denying that Ha Long Bay is breathtaking. Our little boat chugged through the maze of massive limestone cliffs, over 2000 of them, jutting out of the water. First of all we visited “surprise cave” the largest in Vietnam. Although it was super touristy as all of the boats take the same route, it was incredible to walk inside and see the indentations on the roof and massive structures formed by the water and tides thousands of years ago.

After a night on the boat we visited Monkey Island. This was one of the highlights as we arrived before any of the tourist boats and had the place to ourselves! (Barr the monkeys..) Myself and Claudia hiked up to the top of the island and ended up scaling a cliff face to get to the highest point – but the view was worth it! 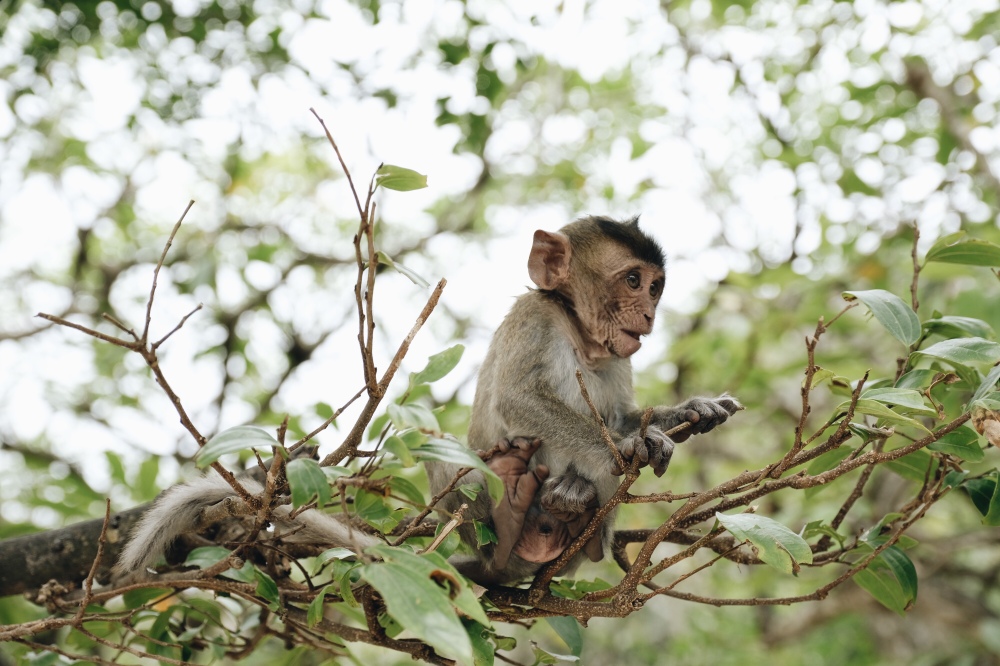 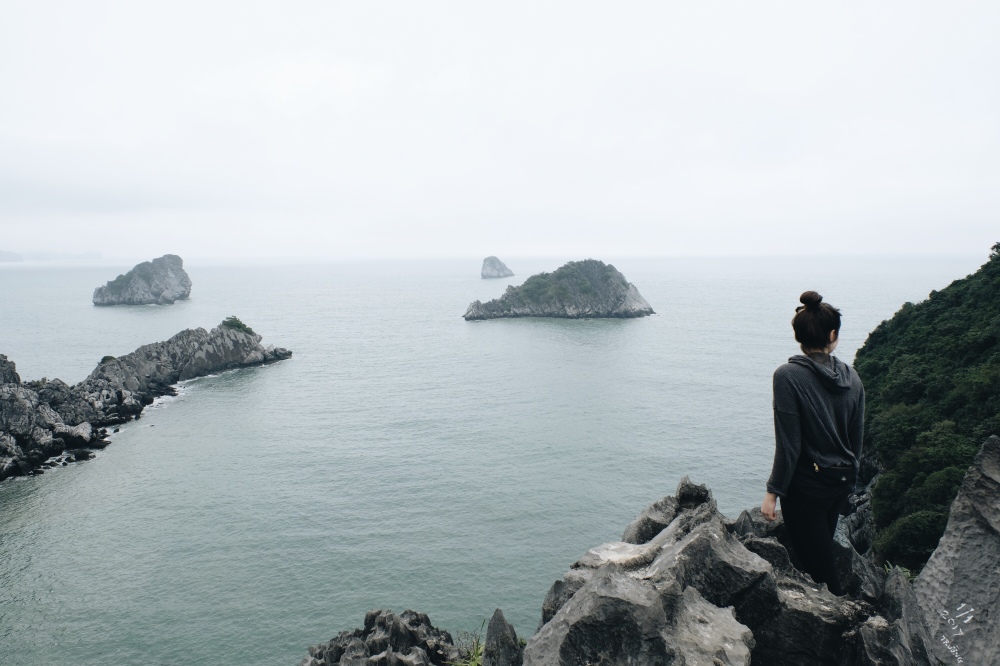 Arriving on Cat Ba ready to stay the night we decided to explore the national park, jumping on the back of two scooters we headed there late afternoon – and I’m SO glad we did.

Taking about 40 mins to climb the mountain, the views were incredible. We felt on top of he world and completely surrounded by nature!

After hearing about a hostel called Woodstock we decided to stay an extra night to check it out. This little hippie hostel is right on the beach and we ended up getting drunk around a beach fire and sleeping in a tent before making our way back to Hanoi (severely hungover!)

After one of the longest days travelling ever we arrived in Hanoi and were so shocked at how cold it was, people were lighting fires on the sides of streets and huddled up in winter coats!

After layering up all our t-shirts we ventured out and had a vietnamese coconut coffee (unreal) and a walk around the city. The Vietnamese are football crazy and we happened to be in the capital for the game against Uzbekistan – streets were shut off and everyone was sporting Vietnamese flags and banners, it was hard not to get into the spirit and we found ourselves really rooting for Vietnam to win!

Despite losing the game the support we saw the Vietnamese have for their country was incomparable and it made for a buzz around the city that whole weekend. Overall we loved Hanoi and the friendliness of the people there. However, I’d suggest exploring in warmer months, unless you don’t mind flying half way around the world for temperatures averaging the same as a UK winter! 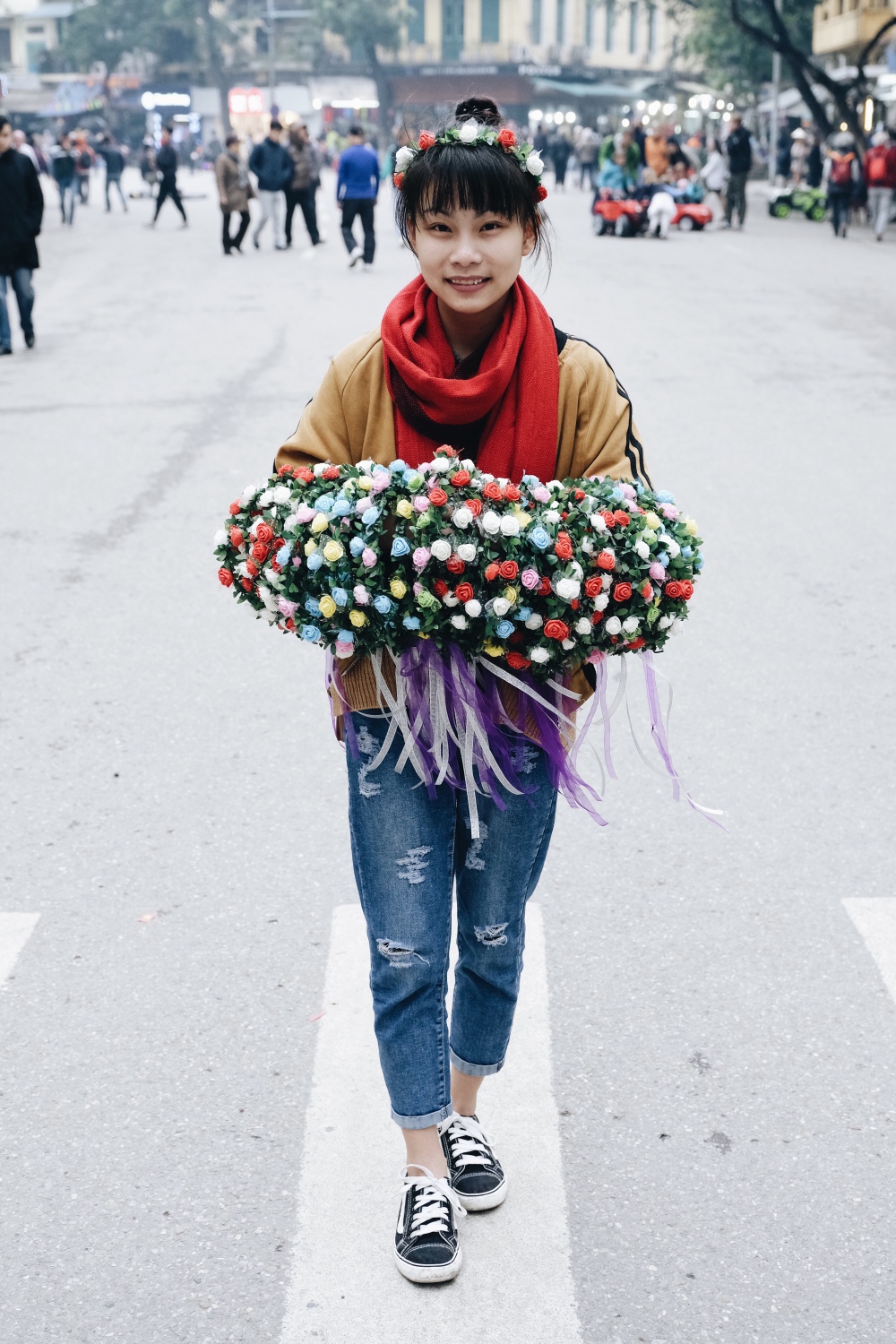 Vietnam is one of the most beautiful countries I have ever visited. The landscapes are indescribable and the people hold their strong values and traditions close to their hearts. I truly have admiration for the Vietnamese people and the struggles they have faced in the past.

However, one thing I will say is that I have mixed feelings about the country as a whole. We definitely met some lovely people but half the time got the impression we weren’t really welcomed, if only for our money. Tourists have to pay double the prices of locals and sometimes people (mainly older women for some reason) were openly rude and laughed in our faces. After a little research, apparently we aren’t alone in feeling this way. Westerners notoriously aren’t that welcomed in general in Vietnam, (95% of tourists who visit the country never return) and I can understand why the older generations may feel as if we owe them something or perhaps need to compensate since the war years?

Having said that all the younger generations we met were incredible helpful and friendly. Maybe this is a grudge that can be gotten over as people let go of the past and look forward.

These are only my views and I am just being completely honest. I still recommend anyone and everyone to visit Vietnam – good and bad I loved every minute of my time there and I urge you to go and experience it for yourself!