Snaps of the streets in New Delhi 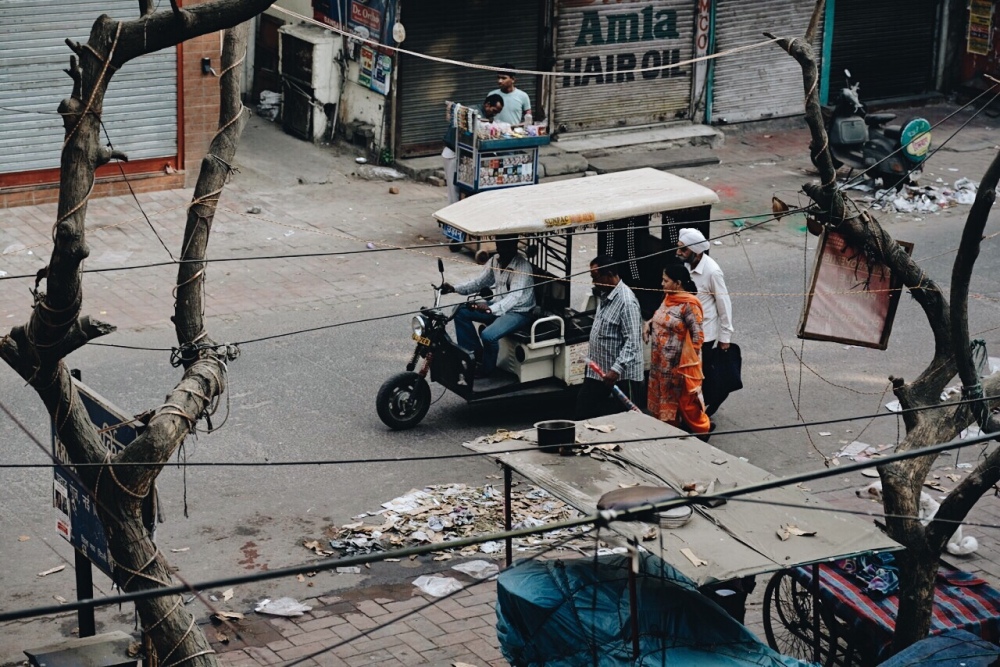 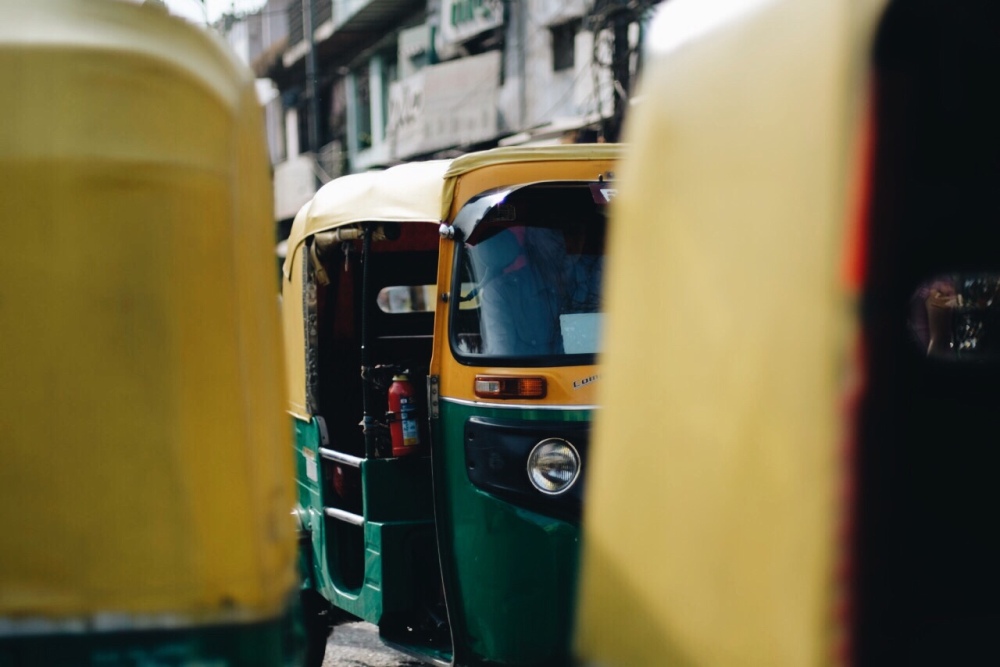 Holi is a traditional Hindu Festival celebrating the beginning of Spring as well as the triumph of good over evil.  It is best known around the world for the coloured powder that people throw onto each other leaving everyone covered in colour by the end of the day. This year we happened to be in New Delhi for Holi, but apparently this is one of the most dangerous places to be for the festival (great planning there Ellie).

The streets became very scary, children and adults alike pelting things (water balloons, rubbish, colour, paint etc etc) at passers by from balconies and rooftops. All normal activity stopped and the whole of Delhi seemed to become a massive playground. “Playing Holi” as it’s called seems like harmless fun, and I’m sure there are a lot of places to go to that it is, but walking the streets of New Delhi that morning was not harmless fun and our hostel manager had to escort us back to the hostel as it was too dangerous for us to be alone as women in the streets.

Thankfully we’d booked tickets to a festival called Holi Moo, a safe haven for anyone, travellers and locals alike, wanting to ‘play Holi’ but not risk their own safety, so we headed there for the afternoon, danced under all the colour and ate curry sat on the grass in the sun!
The essence of Holi is beautiful, but the reality is slightly different. I’m so glad I got the chance to experience and celebrate Holi in India, but if you’re going to go, just be wary of where you end up playing Holi! (and stay away from too many of the ‘special Holi drinks’ …) It was definitely a day I will never forget. 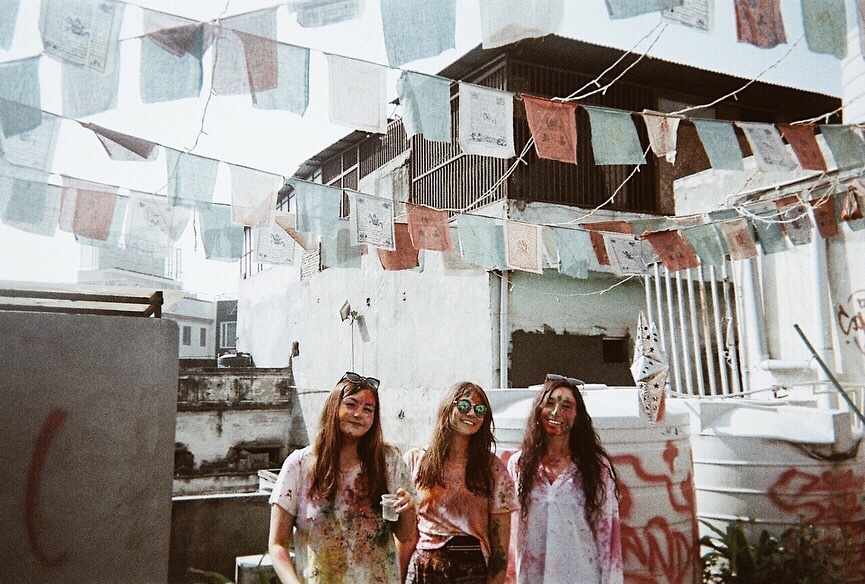 This was honestly one of the longest days of my life – booking trains in India is ridiculously hard. Apparently it can’t be done online without having an Indian bank card (if anyone has found another way then leave a comment and let me know!?) so we had to find New Delhi railway station and print off a waiting ticket whilst we filled out a form and waited for our ticket number to be called. After 3 HOURS of not having a clue what was going on we finally had our ticket number called, the only trains left were the worst times (6am there and 9pm back) but we had no choice so booked them…never ever go to Agra for 16 hours. 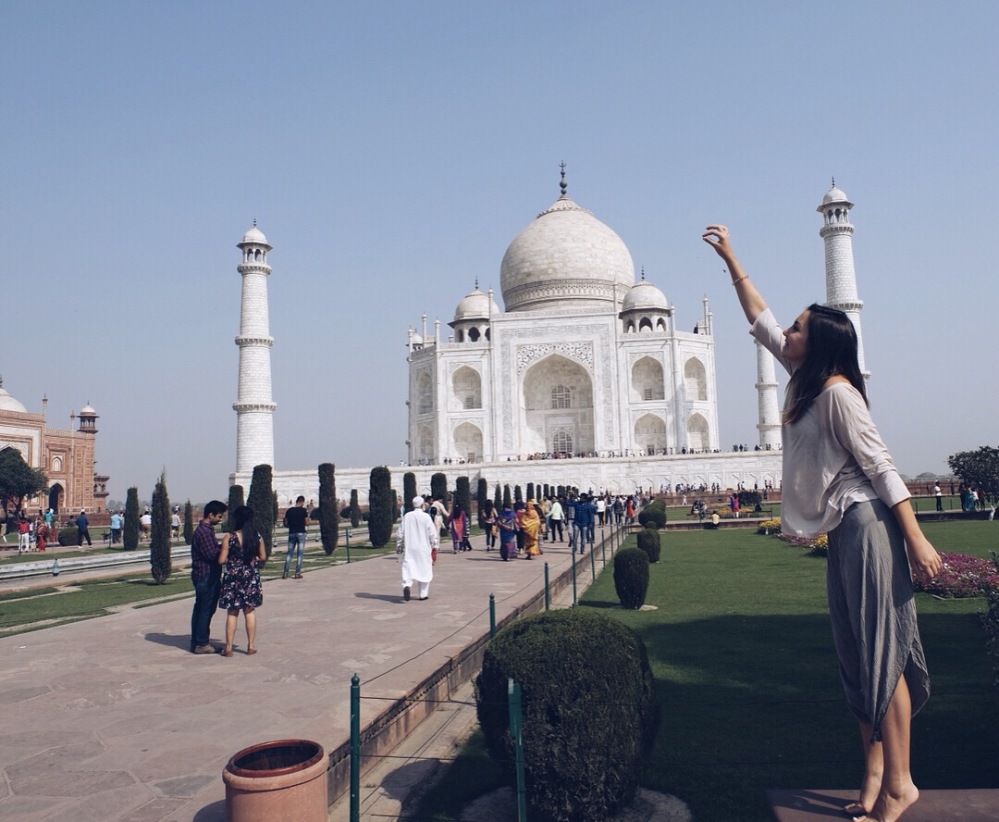 After being pushed around inside the Taj Mahal (it’s much much prettier from the outside), we messed about taking photos and chasing the monkeys around the grounds, soaking up the sunshine and trying to avoid having our pictures sneakily taken, before heading on to see the Red Fort. 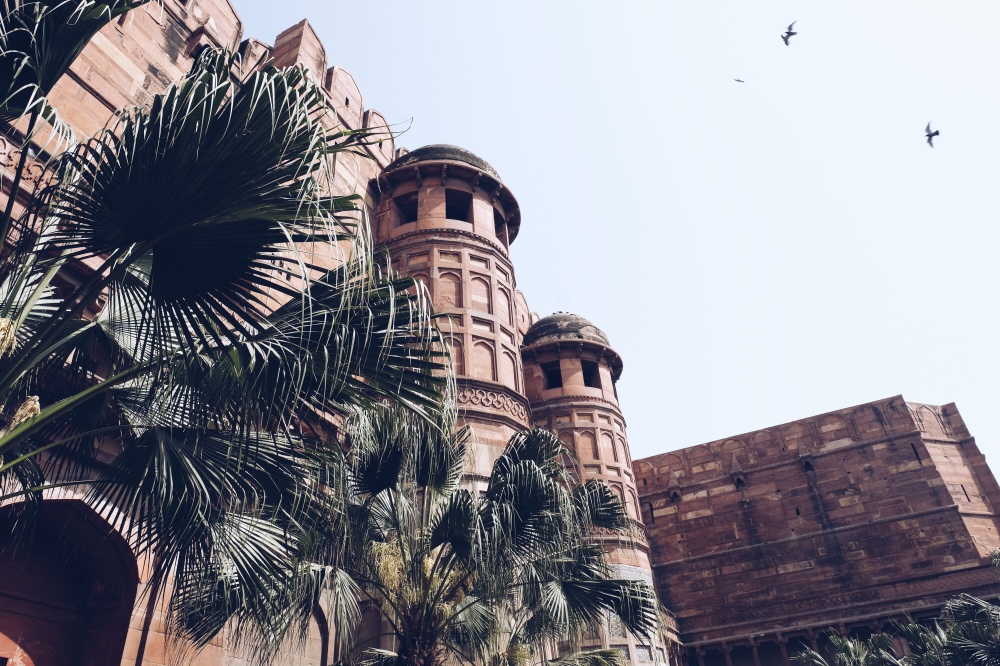 The Architecture in India is breathtaking, the archways and pastel coloured walls are some of the most beautiful designs I have ever seen. Again though, it was soooo crowded and overwhelmingly hot. Annie started to get really ill (later found out she had horrendous food poisoning) and couldn’t actually walk around anywhere so we had to get her a hotel room to stay in for the next 13 hours…

Trying to make the most out of an unfortunate situation, myself Ella and Claudia went on to see the Baby Taj which was much less crowded and stunningly beautiful with delicate patterns covering the walls and flocks of birds flying overhead. We really liked the Baby Taj, these parts are the beautiful India I had imagined.

After a mad few days in New Delhi and Agra, we were so ready to head to some clean mountain air. My advice to anyone travelling to Northern India – you really don’t need more than a few days in Delhi or Agra, we stayed far too long and our bodies paid for it. Be careful where you eat and what you eat, it is ridiculously easy to get food poisoning in Delhi, we all suffered at the hands of it, and surround yourself with people who you feel safe with (plus friends who can make light out of difficult situations, you always need some of those!)

Remember that someone always has it much worse than you, I had the opportunity to travel and see India, and although some parts were tough and scary, a lot of it was also beautiful and gave me crazy experiences (more of this in the next post), therefore I am extremely grateful.

Have you ever been somewhere that wasn’t quite how you imagined it?