So with plans to go from Komodo to Flores and back, we didn’t quite make it all that way unfortunately. It’s a hard realisation when you find you’re running out of time in a country that needs sooo much of it to explore. But yes, our time was running low (and our money even lower…) so we had to pick and choose where to go and where we could do the most with what time we had left.

Our first stop was the Gili Islands. However, the journey to the islands was anything but fun, and we soon realised maybe it does pay off to opt for a boat trip that’s slightly more expensive for the sake of our sanity. It actually took us about 9 hours to get to the islands from mainland Bali, waiting around on Pedang Bai harbour in a hot sticky queue for 3 hours was not the best of fun. On top of this we had no food or water and after being shoved onto the boat (our bags chucked below deck) and stood up feeling sea sick for another few hours we finally arrived on Gili Trawangan about 5/6pm.

Of course, that didn’t stop us from enjoying – after a quick meal we managed to be (easily) convinced to go on a night out. We met up with some friends from home who were also staying on the island and ended up dancing until the early hours (fuelled by Bintang & Joss…) 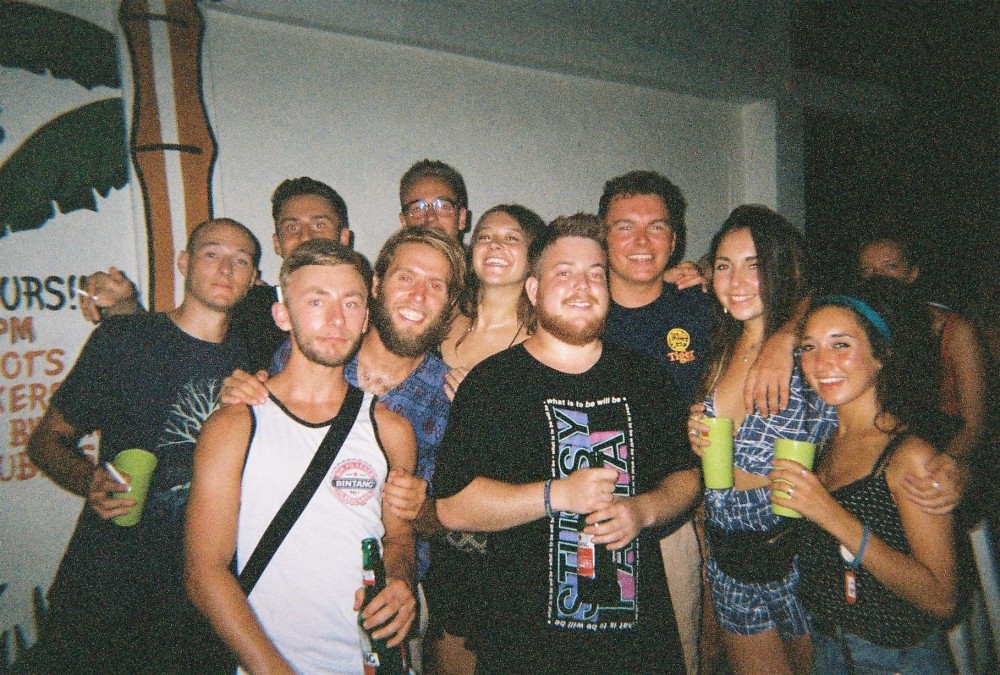 On Gili T we stayed in a hostel called Gili Mansion – if you like a party (and that’s pretty much one of the only reasons people come to the Gili’s) then I would 100% recommend this hostel. It’s such a great place to meet people with a massive communal area, pool and parties organised pretty much every night. We met a group of boys from Liverpool and spent the majority of the next few days getting drunk and swimming in the sea until 5am… HOWEVER, we did actually end up doing more than just drinking on Gili T. We rented bikes to get around the island, cycling along the pot holed “roads” with horses and goats running beside you is definitely an experience. From one side of the island you can see the whole volcanic island of Bali, this is where we sat (too often) with a watermelon juice on the beach watching sunset. 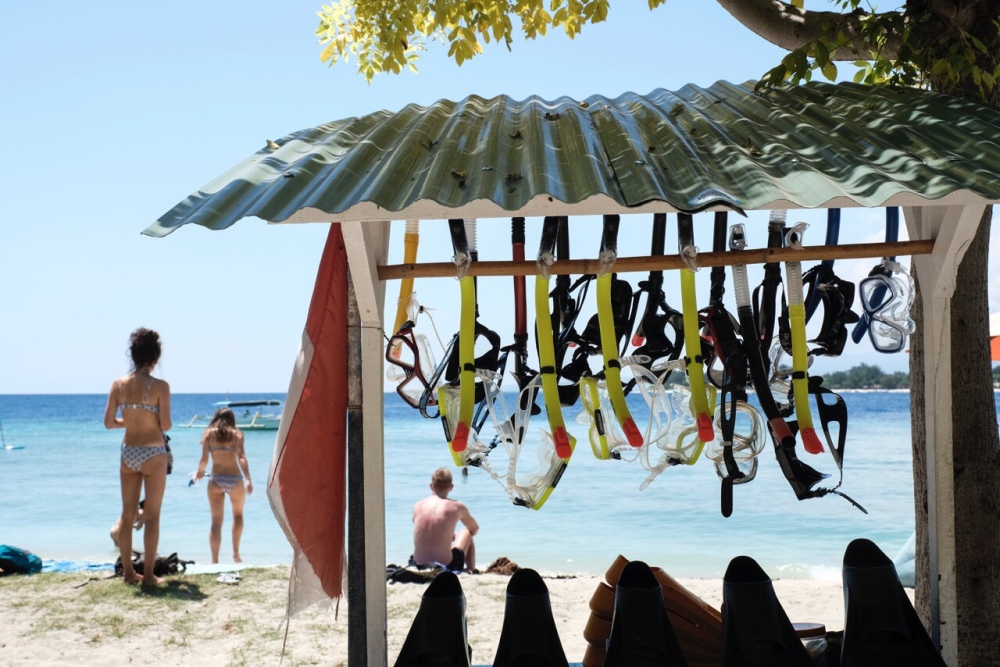 Our fave restaurant on Gili T was a place called “Pituq”…completely vegan (shock), but if you do go definitely try it…it’s soooo so good.

There is also lot’s of snorkelling to be done around the Gili’s. We cycled to turtle point and went snorkelling and paddle boarding with massive green turtles in the shallow waters, it was beauuuutiful. 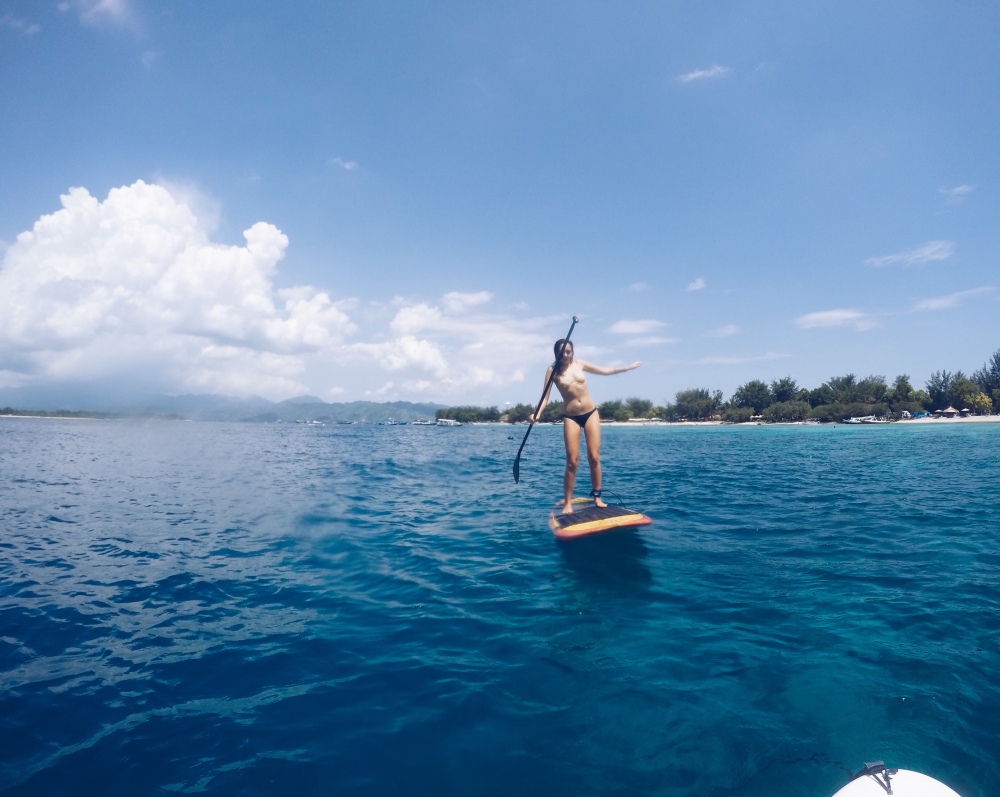 Next we hopped on a short boat ride to an island just off Lombok called Gili Air. It’s a smaller, more relaxed island compared to Gili T but there is still plenty of fun to be had. The beaches are beautiful and we stayed in an Eco Hostel called Captain Coconuts with bamboo beds hanging from the ceiling and a pool outside surrounded by palm trees. 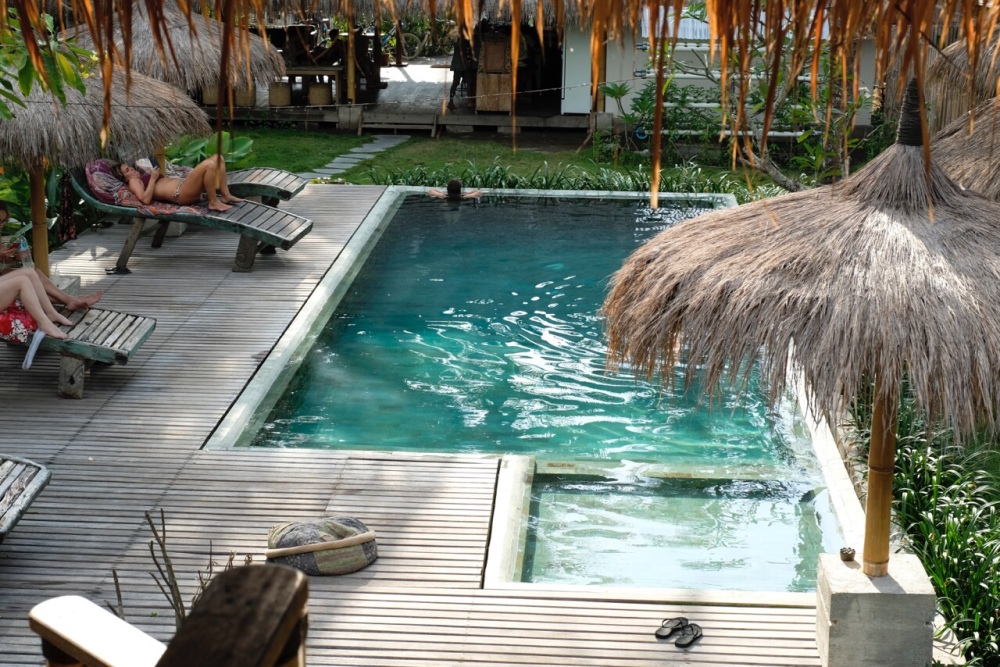 We did some weird things on Gili Air, including an Aqua Yoga Class, eating a weird vegetable and watching the best sunset I’ve ever seen… 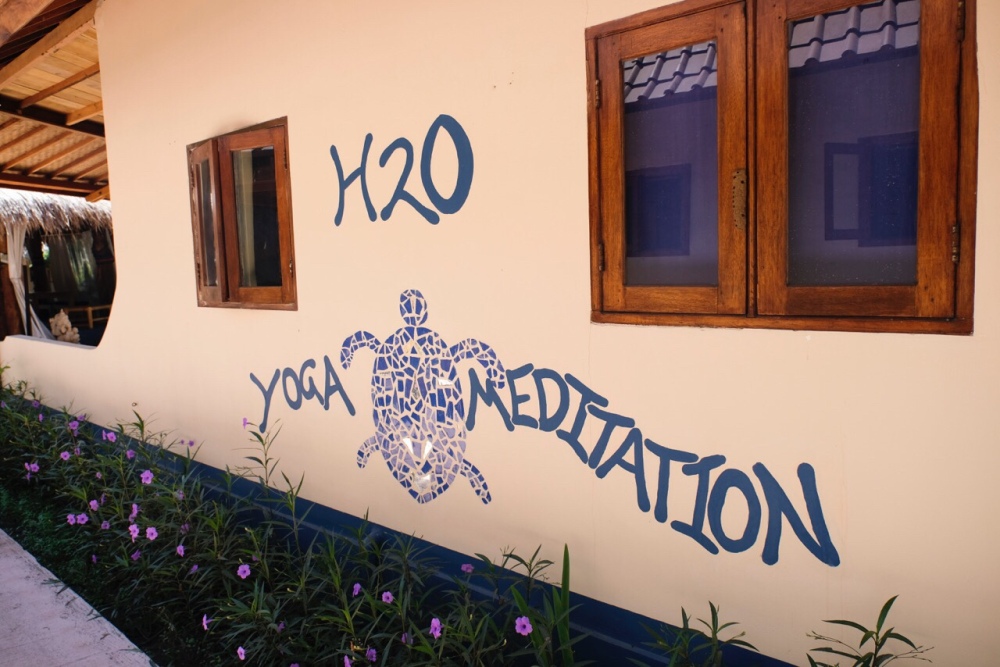 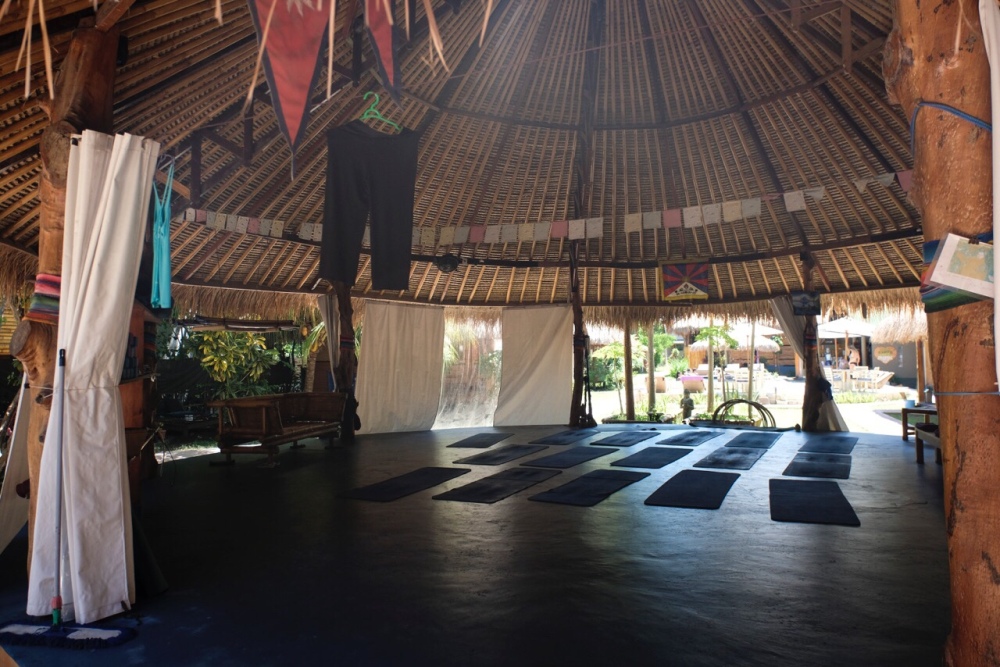 Cycling around these islands was so much fun even if we did get lost, that’s what allowed us to see the most! You can rent bikes everywhere and it’s the best way to see these tiny islands. 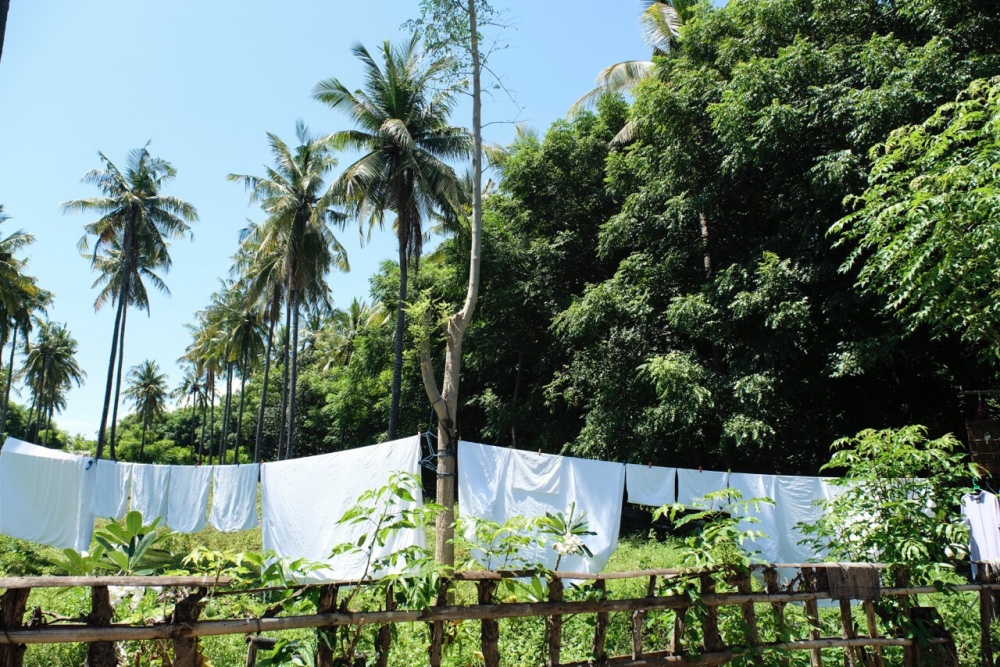 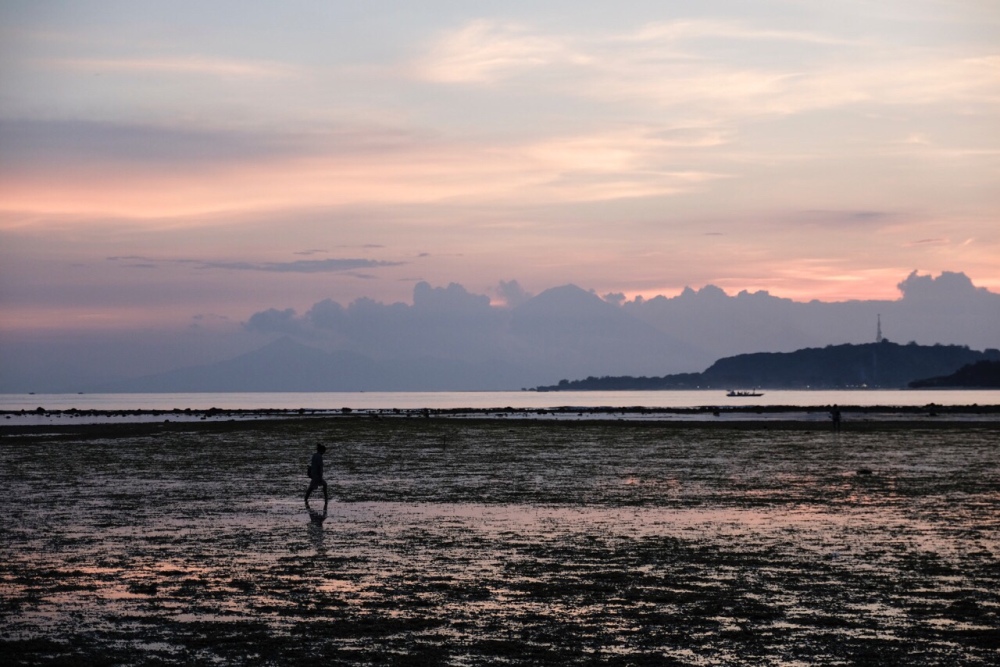 The most amazing veggie restaurant called Patchamama is a short cycle around the island right in the middle of the palm tree jungle. Some of the best food I’ve ever tried, sat around candle lit tables and plants hanging from the ceiling, this is definitely my kind of place! 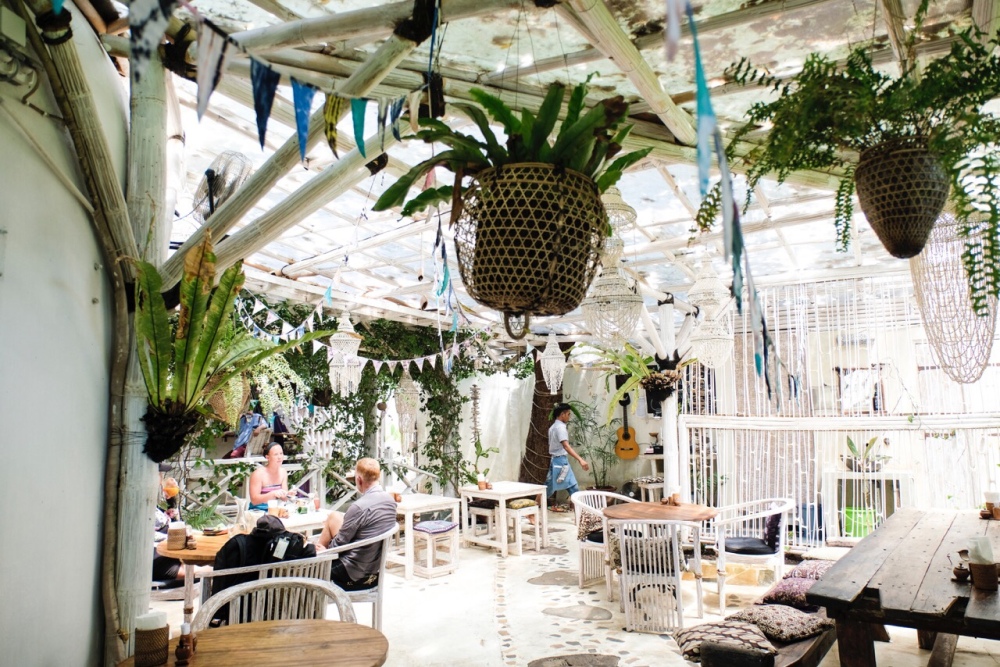 We chose another short boat journey from mainland Bali to the Nusa Islands. But we didn’t have the best start to our time on these islands… 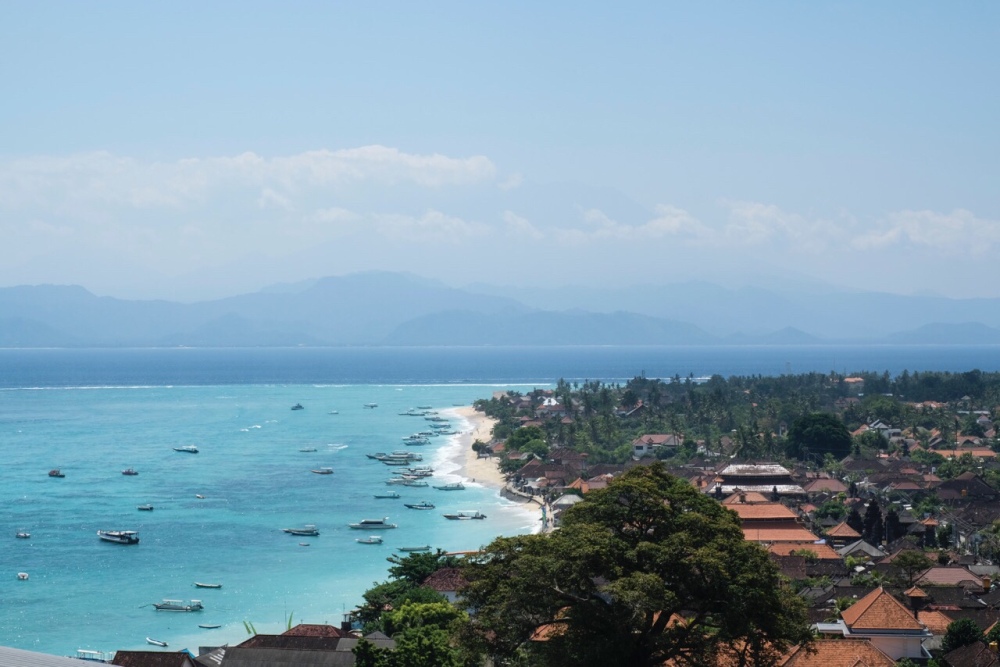 Our boat journey was pretty horrific (again) the sea was super rough but that didn’t stop the Indonesians from chucking our bags on their heads and wading through the surge (basically submerged) to the boats, where we shortly followed and tried not to get swept away by the waves…

I’m aware I sound pretty dramatic here but if you ever find yourself in a similar situation you will understand the stress of the unknown…(and I’m also slightly over dramatic but isn’t that just good story telling ?!)

After arriving on the islands we realised that Clauds had left her bag, with all her money and bank card inside, on the wall at the harbour we left from…GREAT START! Our hosts were also so rude and unhelpful and the place we were staying in was sooo dirty, I genuinely don’t think it had been cleaned for months…

BUT IT’S OKAY, because we’ve dealt with situations like this before. Instead of crying over spilt milk we quickly booked into another place and just left before we wasted anymore time. I had more money transferred onto my card so we lived off that and by the evening we were staying in the most beautiful place right by the water’s edge (it was even cheaper than the original place we’d booked!)

We hiked to the beach, spent the afternoon sunbathing and had a lovely meal overlooking a beautiful sunset. After a bad beginning, we learned to love Nusa, and have learnt that of course the good always comes with some bad, and that’s what makes you really appreciate it! (Also, how privileged are we to even be travelling around these beauiful islands in the first place?! Never ever stop counting ya blessings folks). 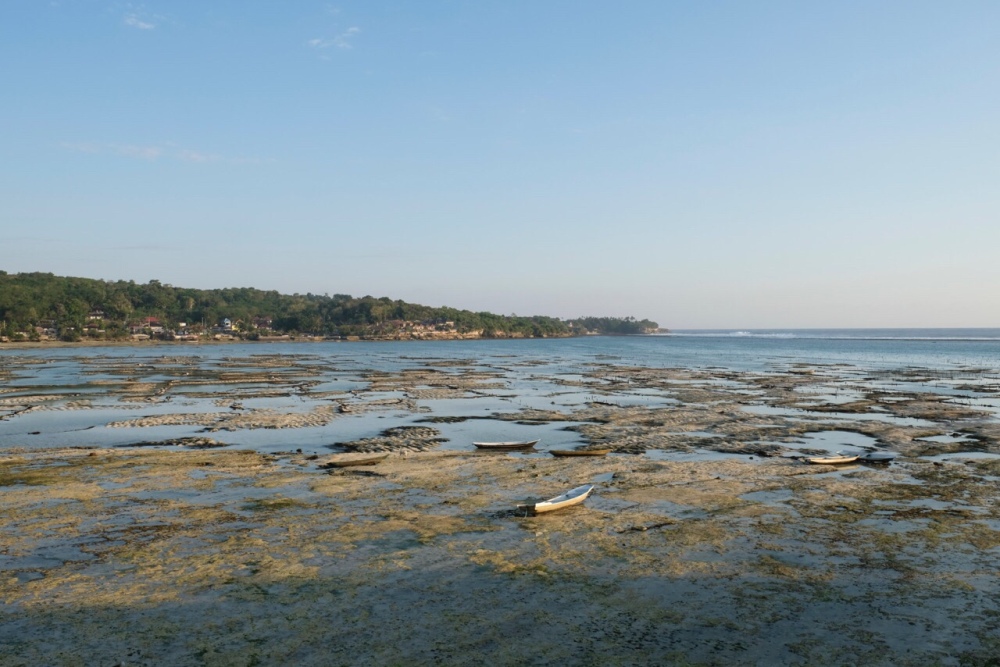 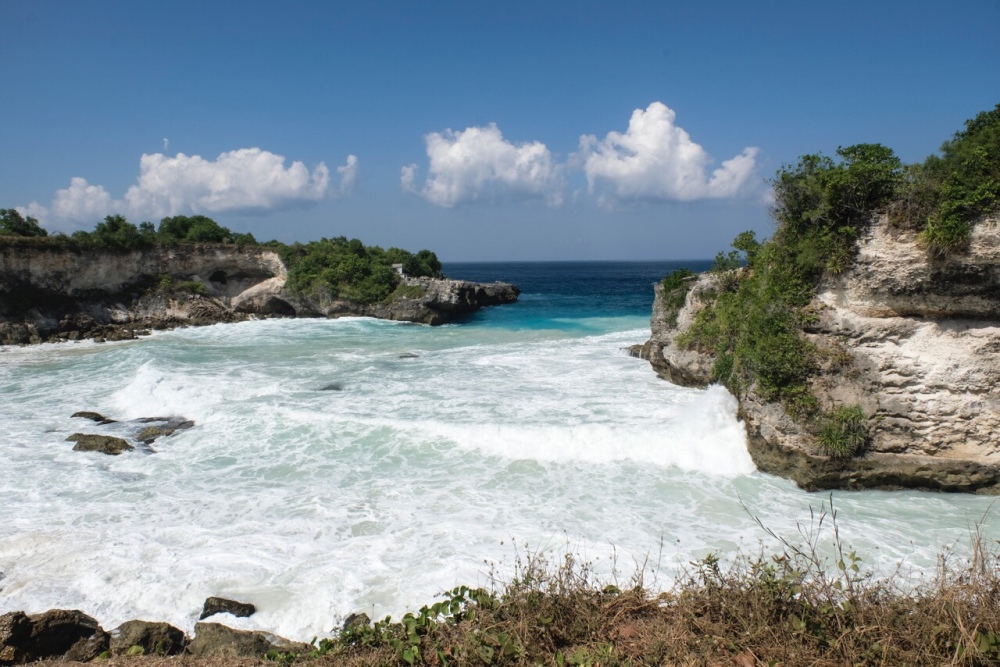 We spent the next few days exploring Nusa Lembongan and Ceningan, unfortunately we didn’t have time to see Penida but I would really recommend making the trip there for the amazing views. We also made the mistake of hiring bikes instead of motorbikes (AGAIN) and cycled all the way around both these islands absolutely killing ourselves…THEY ARE SO HILLY. But hey, even though it was a massive workout we got to see trails and parts of the islands you wouldn’t catch by road, including gaining stronger legs and toned bums AMIRIGHT.

Drinking banana smoothies, eating coconuts and sunbathing on hidden beaches are what these dreamy islands are all about (we thought so anyway…)

Although we didn’t quite get to see all the islands we would have liked to, we made the most of the ones we did and fell in love with the little communities we met in these places. There’s always more time in the future to continue our island hopping when we have more time (and money) to play with…I will definitely be returning to Indonesia. 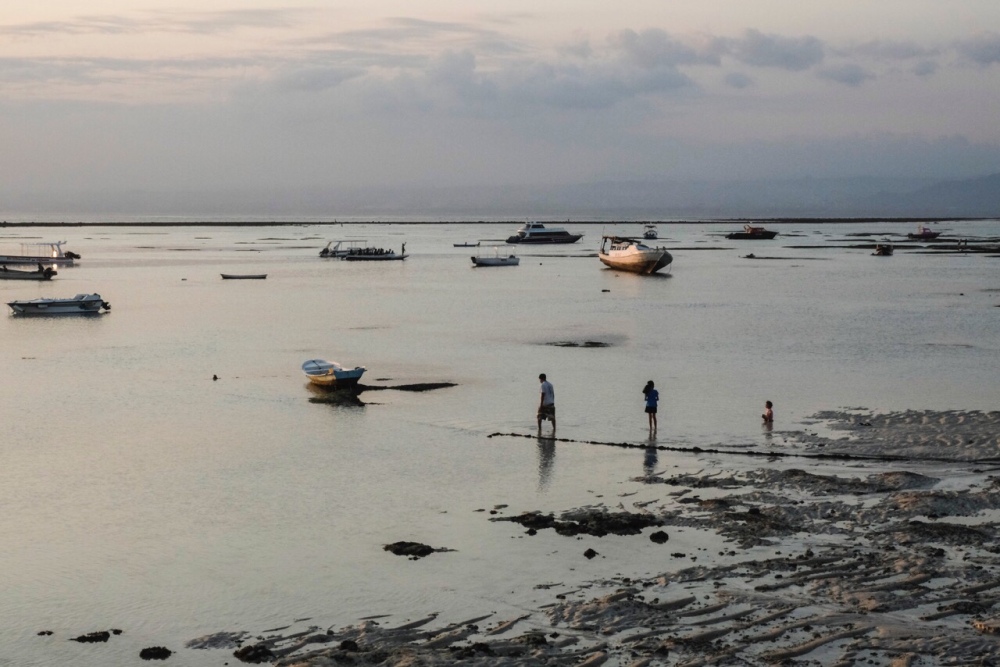 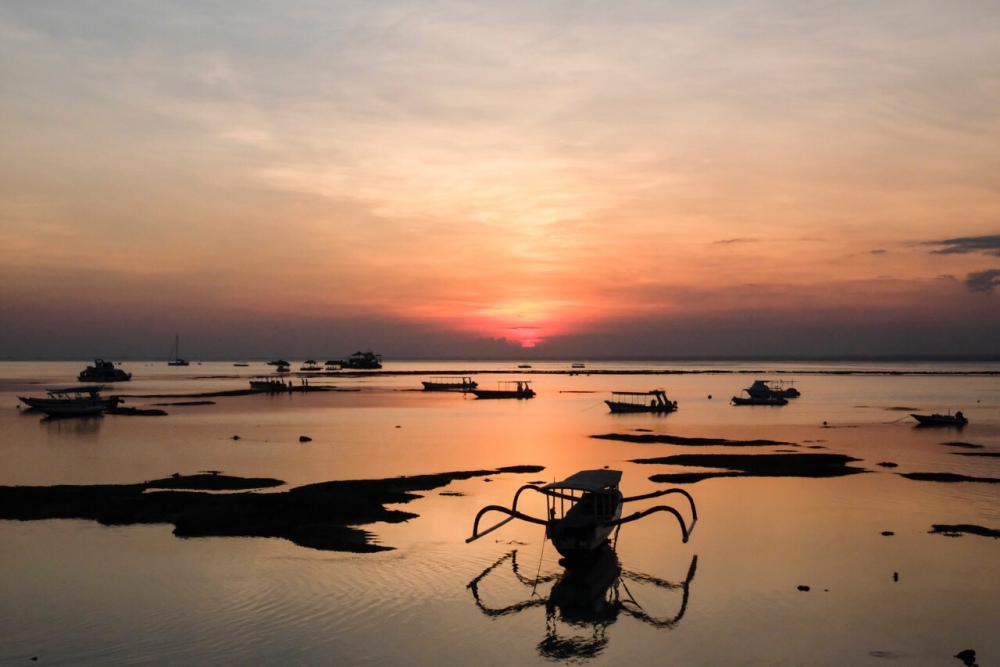 HOWEVER, staying truthful, I have to touch on one thing that really upset me – the amount of rubbish (mainly plastic) washed up on these beaches.

After a storm one evening I could not get over the beach the following morning. Instead of sand, the shore was covered in litter. Apart from a beach clean there really was nothing we could do and that’s a moment I’ve never felt more helpless. Plastic pollution (and pollution in general!) is such a massive issue that we need more pairs of hands to help tackle it. Just because our beaches at home here in Wales are some of the cleanest in the world, doesn’t mean we are guilt free. Just because you cannot see it doesn’t mean it isn’t there! I hope we can each do our bit to help reduce the amount of rubbish that suffocates our seas and the marine life that live there. I’ve left some links below that can help us all get involved to at least try to help save the very thing that keeps us alive.

I hope your beaches don’t continue to get suffocated Indo, they are some of the most beautiful I have ever seen 😦