The surf culture in the sleepy southern province of Sri Lanka is something I’ve been wanting to capture since my first trip here in 2018.

Setting my alarm to 5:30, I headed out one morning to a little cove over the headland. My aim was to catch the morning surfers in the magical dawn light before the crowds appeared.

After about 15 minutes of waiting on the beach in almost darkness, one person arrives out of nowhere, board in hand and takes to the water. He paddles right out to the break and sits, and waits, as the sun begins to light up the breaking waves and the sounds of the morning echo through the jungle above.

For the next half an hour only two more surfers enter the water and I’m graced with watching their turns and glides through glassy long waves and dancing light. Time stands still and the only thing I wish is that I was in the water with them.

7:00 approaches and crowds start to gather, as I slip back off into the jungle and over to the next bay for some time in the waves, I leave knowing I’ve shared a quiet moment with only a couple of other surfers, watching the waves and the sun rise over the ocean. That, to me, is worth the early wake up call. 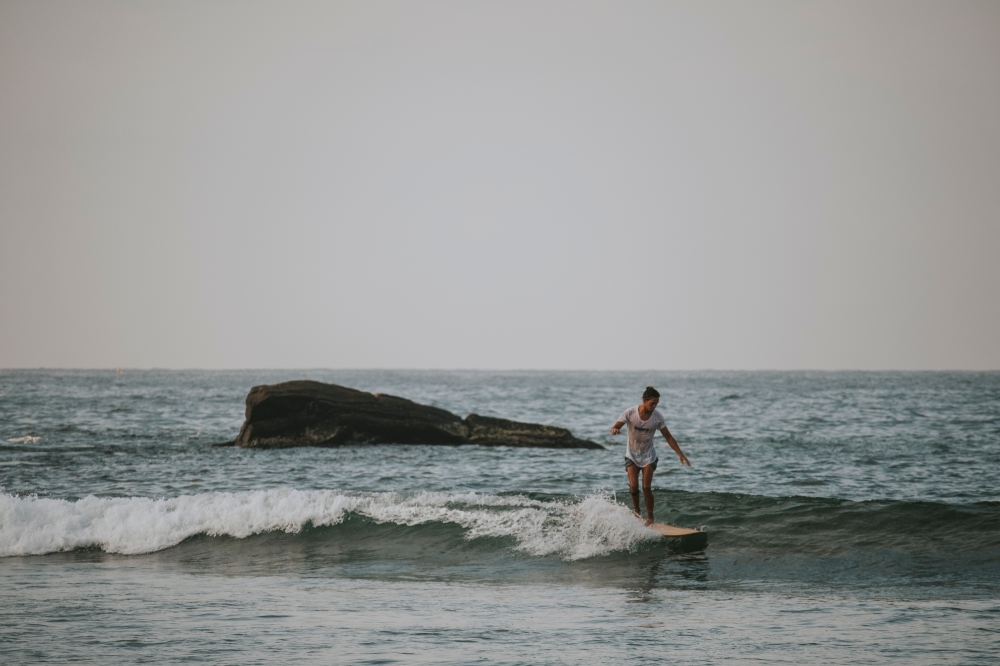