It’s not surprising that Extinction Rebellion has been making the news over the last few of months, and some of it has highlighted a lot of bad as well as good. Extinction Rebellion (or XR as it is known) is an international movement that uses ‘non-violent civil disobedience,’ usually in the form of peaceful protests, as a way to ‘halt mass extinction,’ – to draw attention to the climate crisis that, whether we like it or not, humanity now faces.

Regardless of whether you have heard of XR or not, it is extremely unlikely that you haven’t heard of climate change. Being in London for the first time whilst these protests took place was a whole experience in itself, feeling the disruption protests can have to daily life. Clearly I believe that there are massive changes that need to take place within society so that big businesses and politicians around the world take climate change seriously. Therefore, I don’t mind the disruptions – because it forces people to listen in a world where unfortunately, a lot of people are not.

However, some of the demonstrations left me feeling uneasy. On one occasion, protestors took it upon themselves to disrupt a tube station at rush hour, preventing people from going to earn a living and disrupting public transport. Personally, this felt like an attack on the wrong people. Using public transport is a good thing and targeting working people, most of whom need their daily salary to support their families, is not necessarily a good way to get the public on your side. 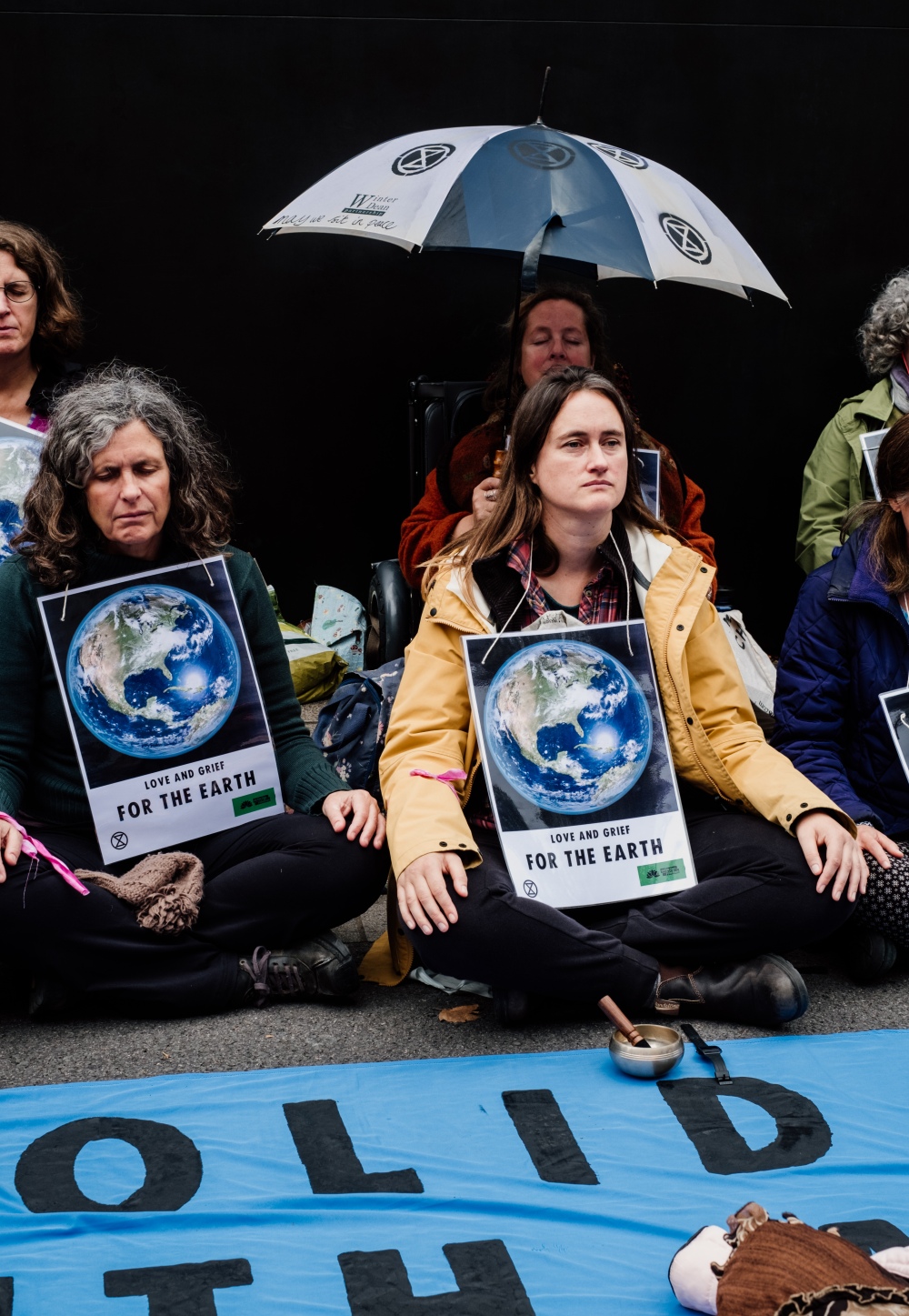 Speaking to others about XR has given me different insights. Some people have said it’s worth being late for work, for the sake of our future and the future of the planet itself. But others completely condemn their behaviour and believe that taking to the streets won’t solve anything. There’s a lot of misinformation on both sides, but one thing is pretty clear – climate change is happening faster than anyone predicted. 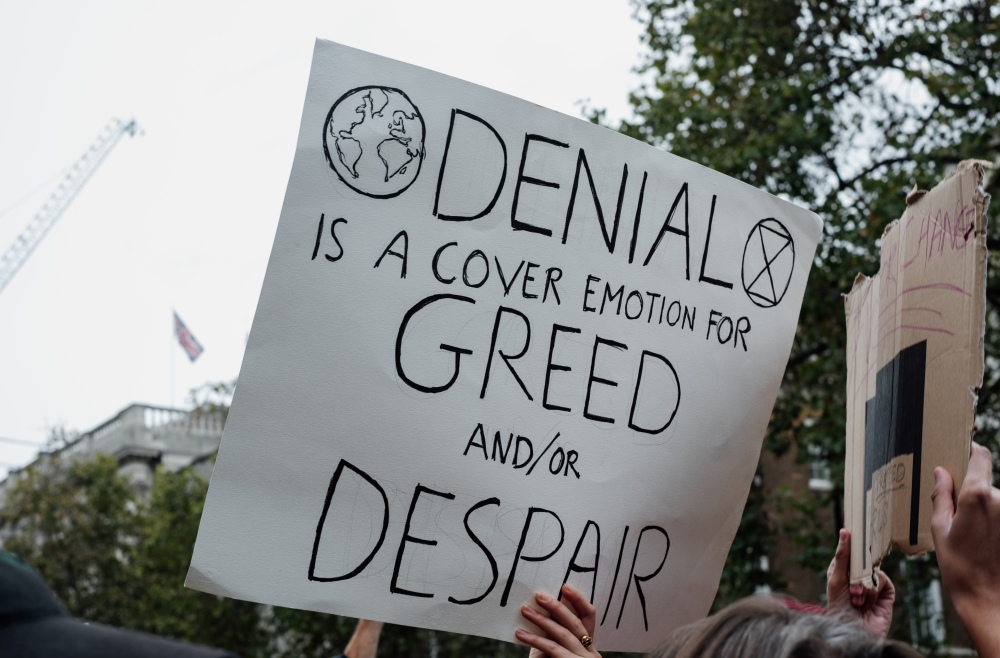 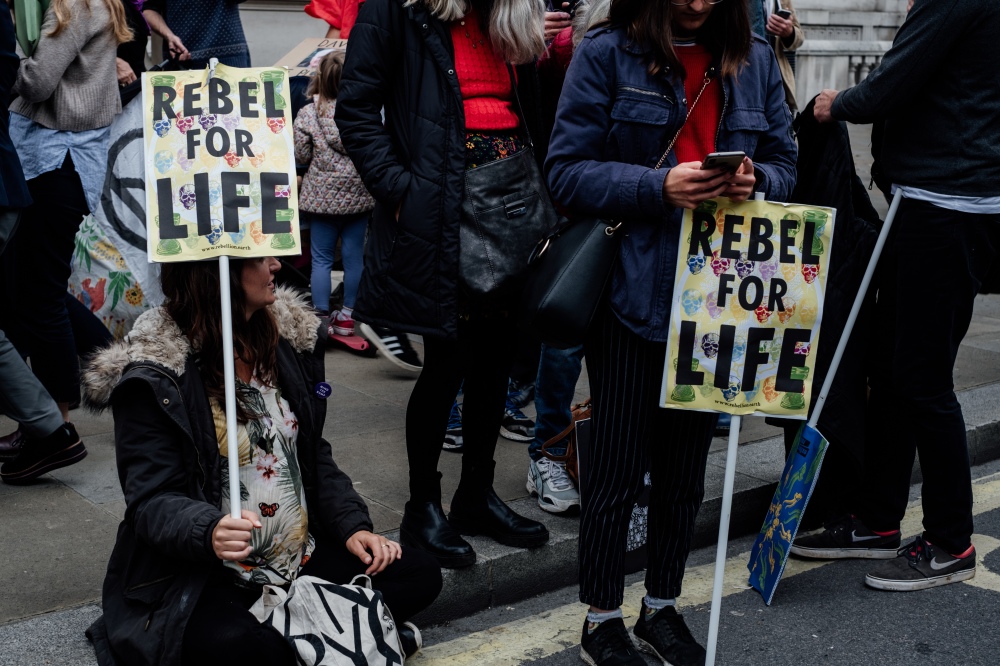 My friend Deeba works in the gas and oil energy sector. She stresses that without extensive research and the backing of the government, both morally and financially, it’s not easy for companies to change over to renewables or clean energy in a heartbeat.

However, these protests show public demand for a change and have caused a push towards funding renewable and clean energy. The public and government taking this stuff seriously means companies are putting together strategy groups on how to meet the need and move forward in different ways (like using hydrogen instead of natural gas). Deeba explains how she’s already seeing changes within the sector. The government have put money into funding research and towards the development of renewable and clean energy here in the UK, which she believes is partly thanks to pressures from the protests and demonstrations of XR.

Throughout history and within politics we’ve seen civil disobedience work as a force for making change within society. Nothing ever changed by people sitting at home and tutting at the tv. Clearly there’s arguments for and against how to go about this, but the facts are clear.

Scientists say we have 11 years left to limit the destruction. We as individuals can all do our bit, but this goes far beyond the individual. I stand with Extinction Rebellion in calling for systematic change at government and corporate level, because we don’t really have time to be arguing about how to get our voices heard, the people with power just need to hear us. Nobody would happily sit in the streets and protest for weeks unless it was the only thing that would make the world listen.

I’ve found it pretty hard to come to a conclusion at the end of this post, because the whole subject seems eery and unfinished. No-one knows what state the world is going to be in even in a few years time, never mind 100 years from now.

I just really, really hope it’s a better place than where we found it, and where we are right now.

Check out the short film I made about my Response to the Climate Crisis.

What are your thoughts?